One of the most magnificent Slovenian castles

Visit one of the most magnificent castles in Slovenia, which is home to impressive exhibitions of the Ptuj-Ormož Regional Museum: from instruments and arms, to traditional masks and striking tapestries. The Ptuj Castle also offers a picture-perfect view over the tiled roofs and cobbled streets of the oldest Slovenian city.

the largest collection of musical instruments

tapestries with scenes from the Odyssey

Saturdays and Sundays in July and August

on 24 and 31 December and on Shrove Tuesday

Ptuj’s castle hill, which offers far-reaching views, was already settled during the Neolithic age, from the 5th millennium BC onwards.
In the ancient Poetovio, important public buildings stood on the hill, and in the early Middle Ages the area was used as a burial ground.
The remains of the medieval fortress date back to the 11th century, when the castle and town were in the possession of the Archdiocese of Salzburg. In 1132, the archbishops granted the castle as a fief to the Lords of Ptuj, who managed the castle and the town for more than three hundred years with a few short interruptions.
Between 1656 and 1802, the castle was in the hands of the Scottish noble family Leslie. This was a magnificent period for the castle, as the Leslies converted it into a Baroque manor.
The last owners, the Counts of Herberstein, owned the castle from 1873 to 1945, when it was nationalized and annexed to the Ptuj museum together with its luxurious furnishings.
Today, it houses the collections and exhibitions of the Ptuj-Ormož Regional Museum: luxurious castle rooms, well-stocked armory, gallery of Gothic and Baroque art, collections of reliquaries and paintings on glass, the Ptuj Castle through Centuries exhibition, traditional carnival masks from the Ptuj region, and the largest collection of historical musical instruments in Slovenia.
Several ancient relief and inscription stones are built into the walls of the Ptuj Castle: lion-shaped crowns, Serapis’s face, dedication stones to Jupiter and nymphs, and fragments of tombstones and inscriptions. Some of these were used as material during the construction of the castle, while others were installed along the castle archway in the last century for the visitors to admire.
Antiquity lovers will want to visit the museum collections in the Ptuj Castle mainly because they contain one of the most important exhibits of Ptuj’s rich archaeological heritage. Tibia – a Roman double flute from the 2nd or 3rd century, skillfully made of bone and covered with thin layers of bronze and brass sheet, must have been very valuable already in the time of the Roman Poetovio. The Romans attributed magical power to it, believing its music could drive away evil spirits and summon the good. This rare archaeological find is on display in the collection of historical musical instruments on the ground floor of the Ptuj Castle. 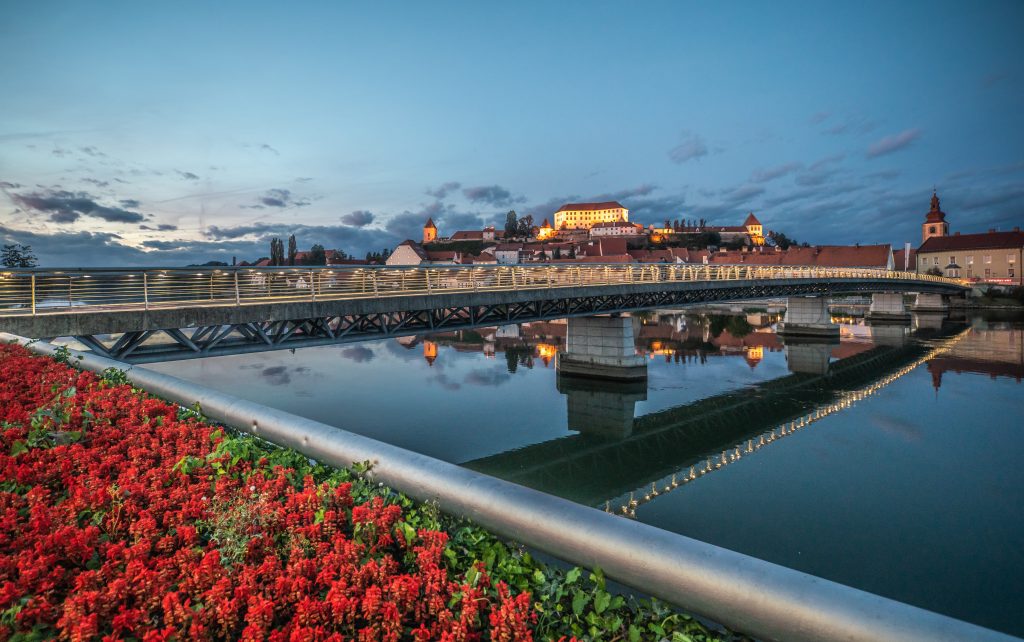 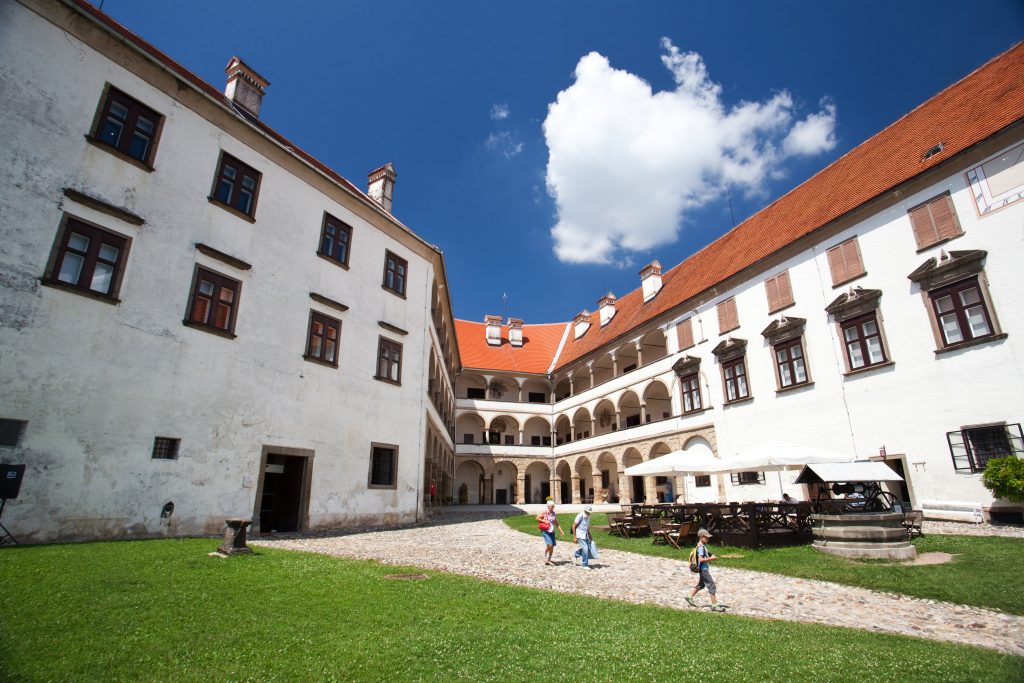 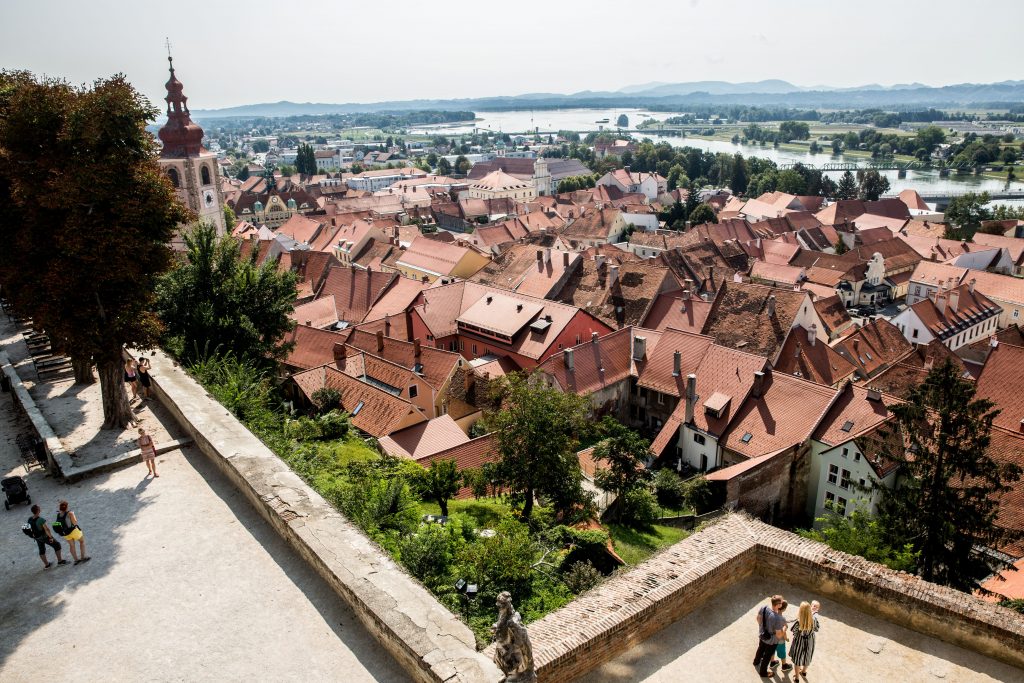 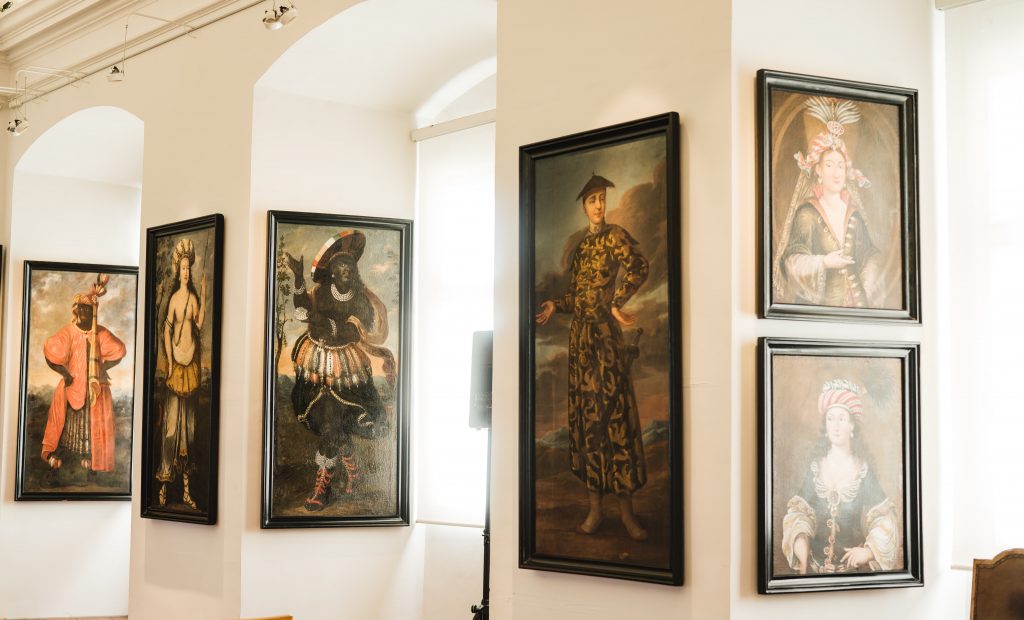 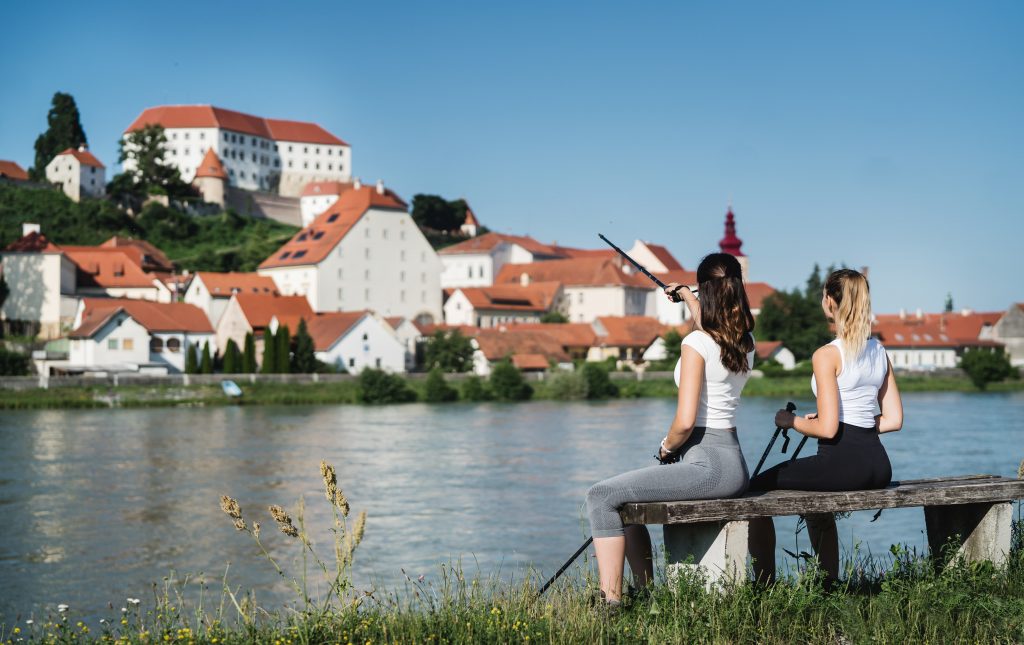 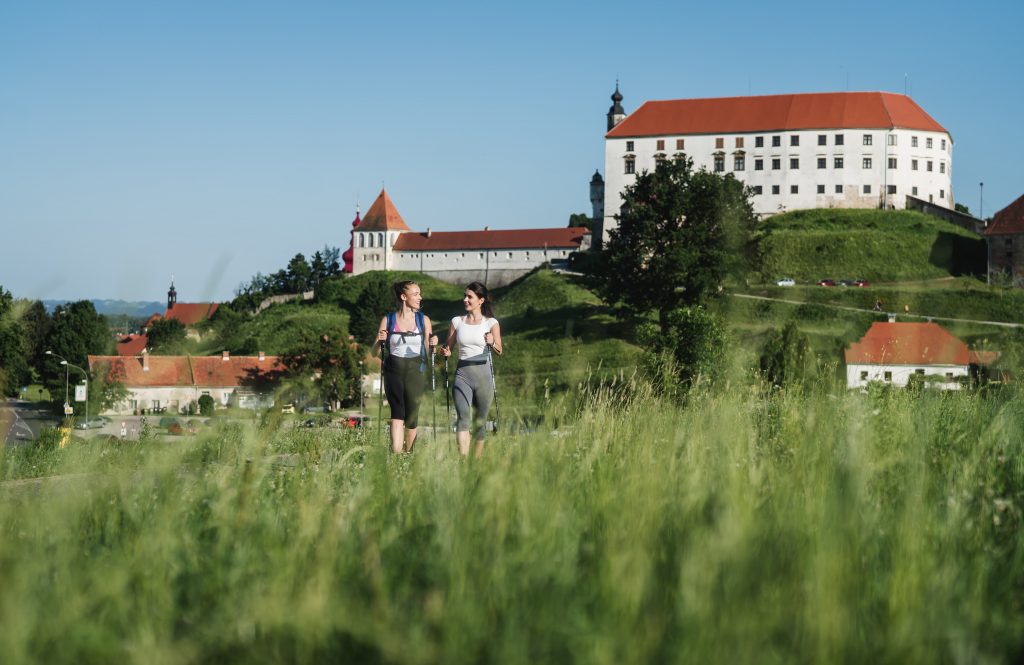 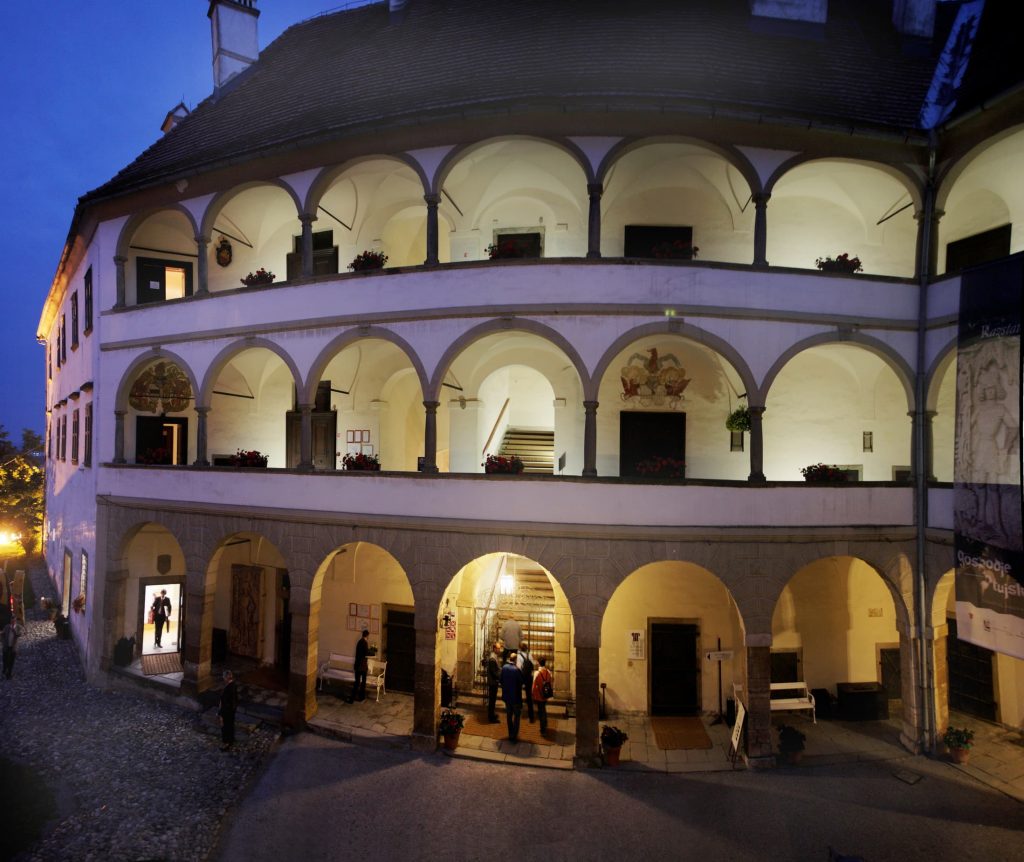 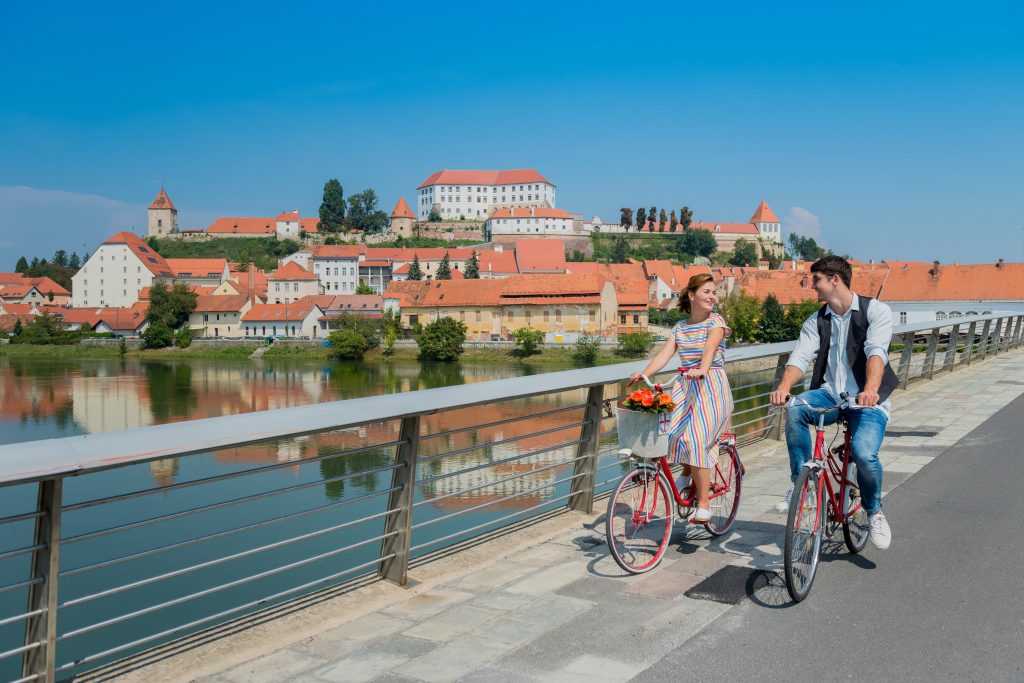 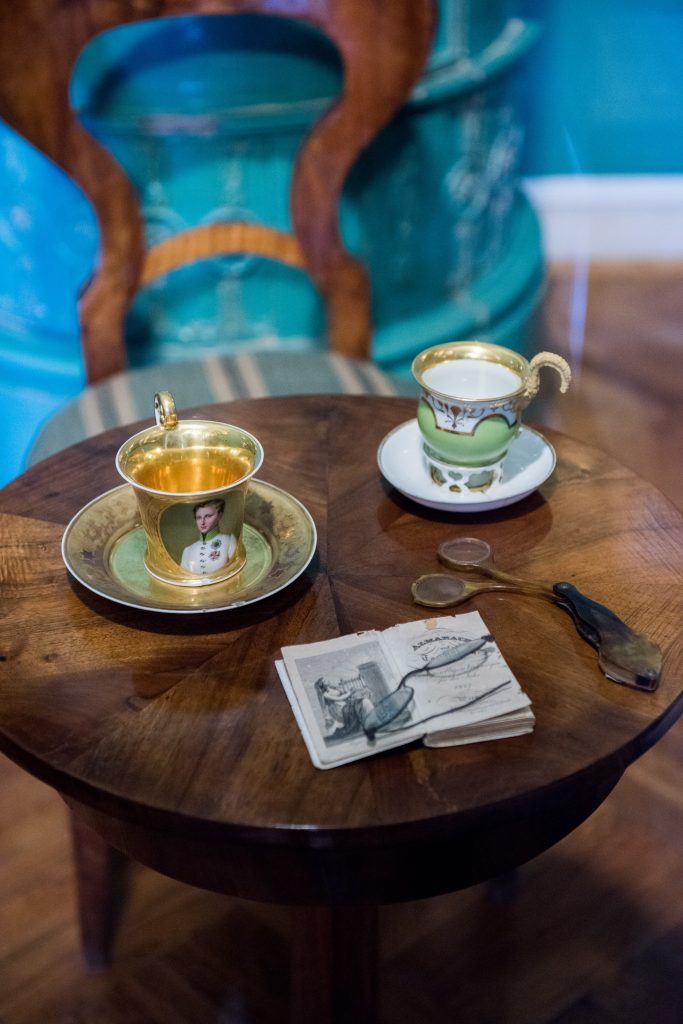 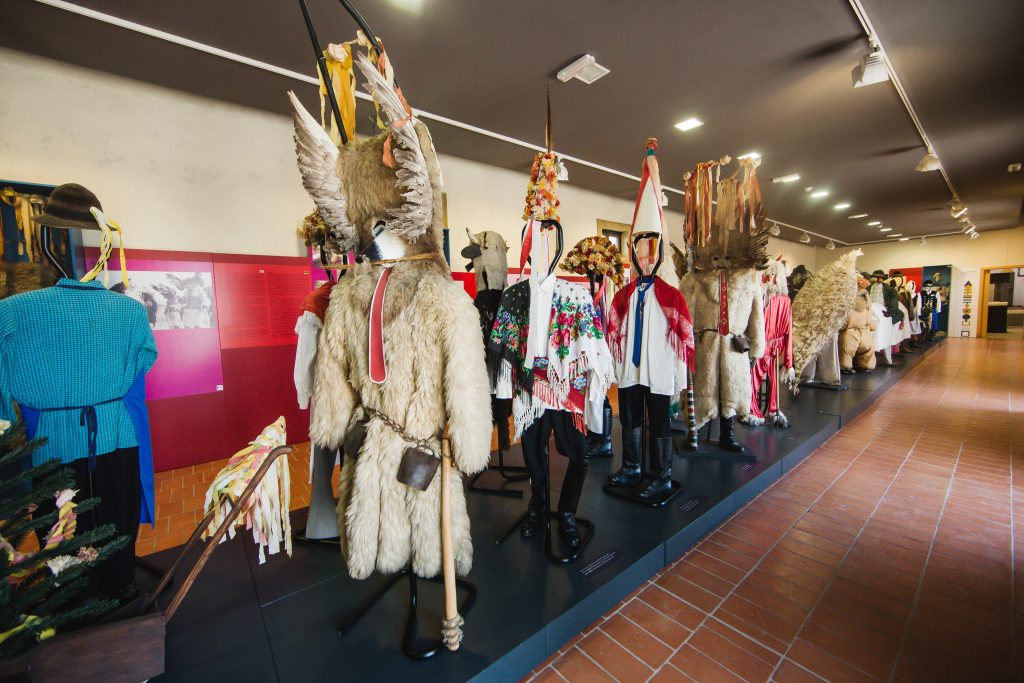 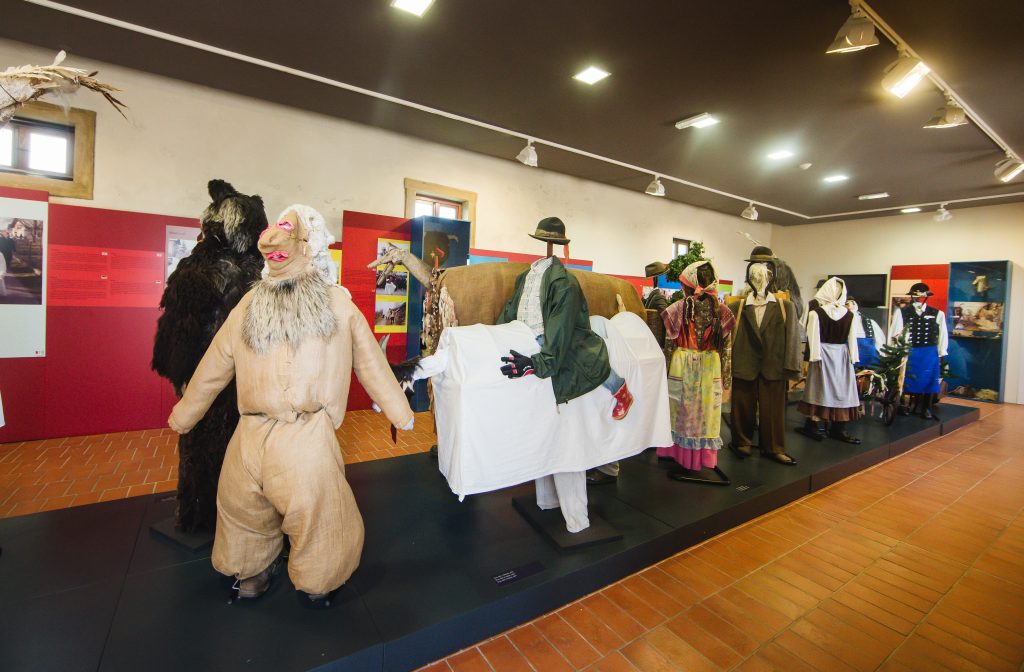 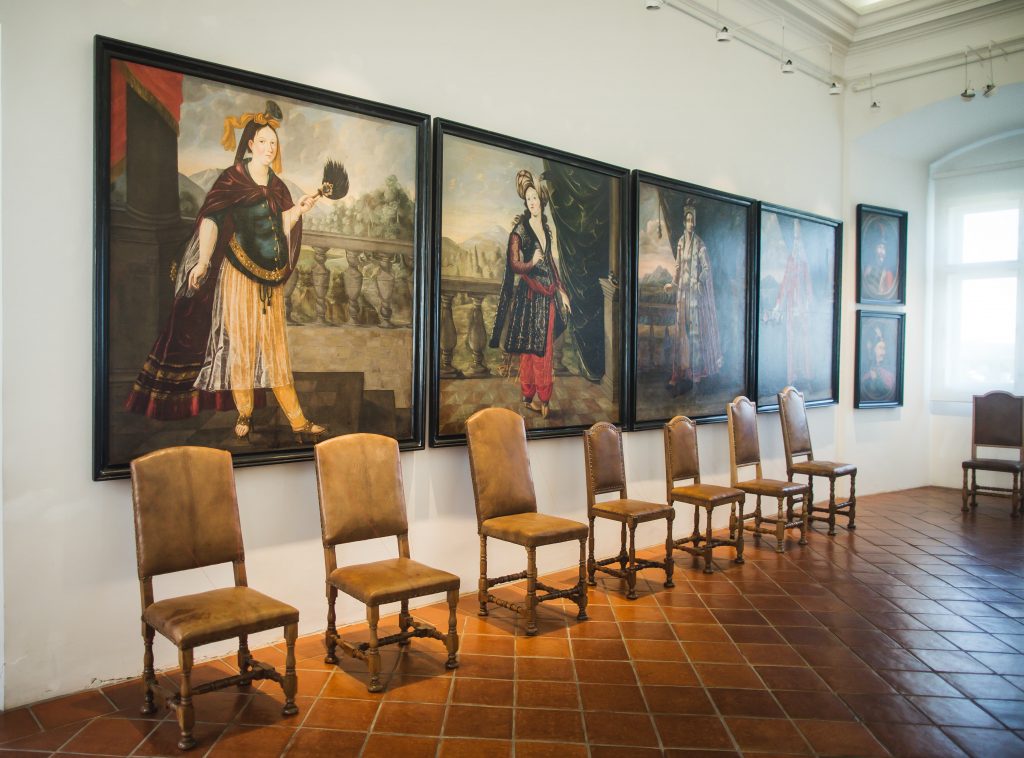 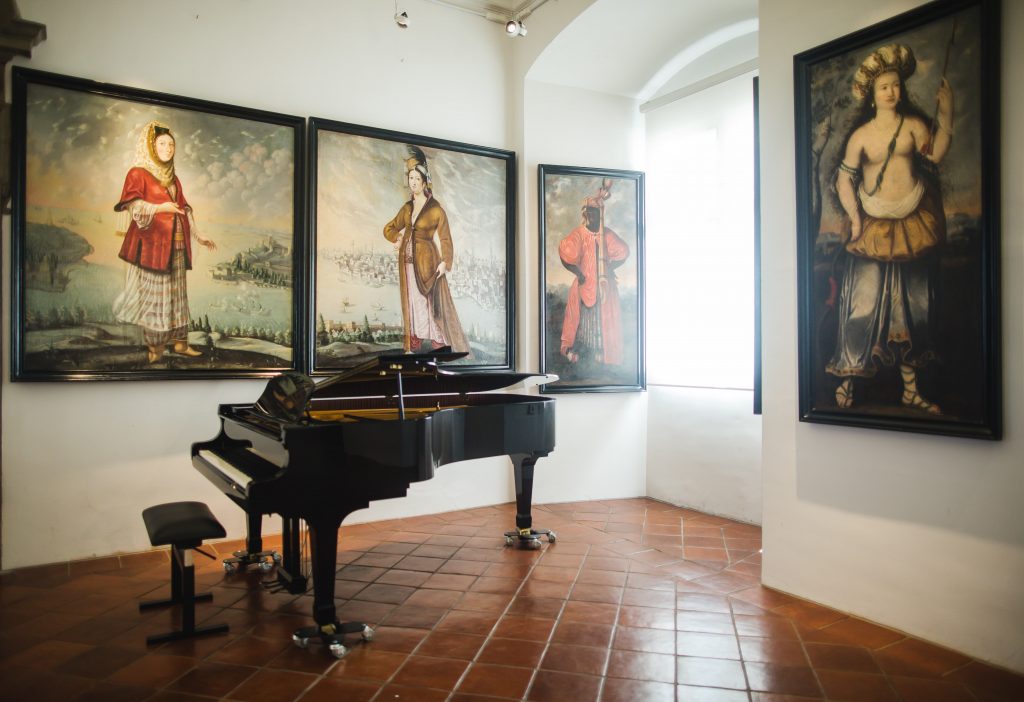 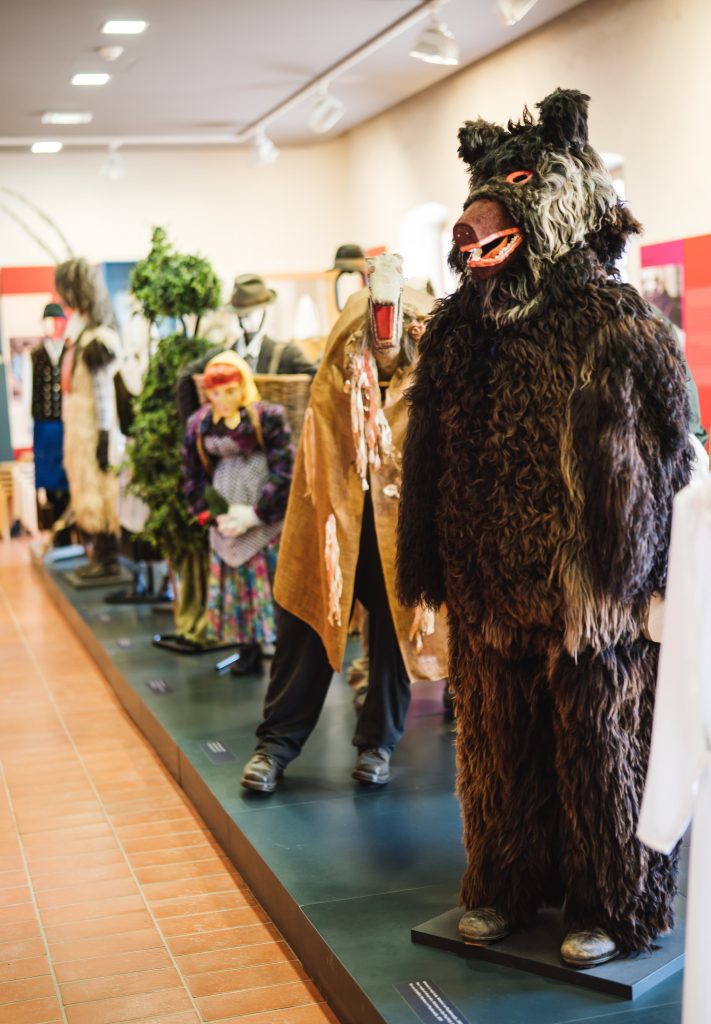 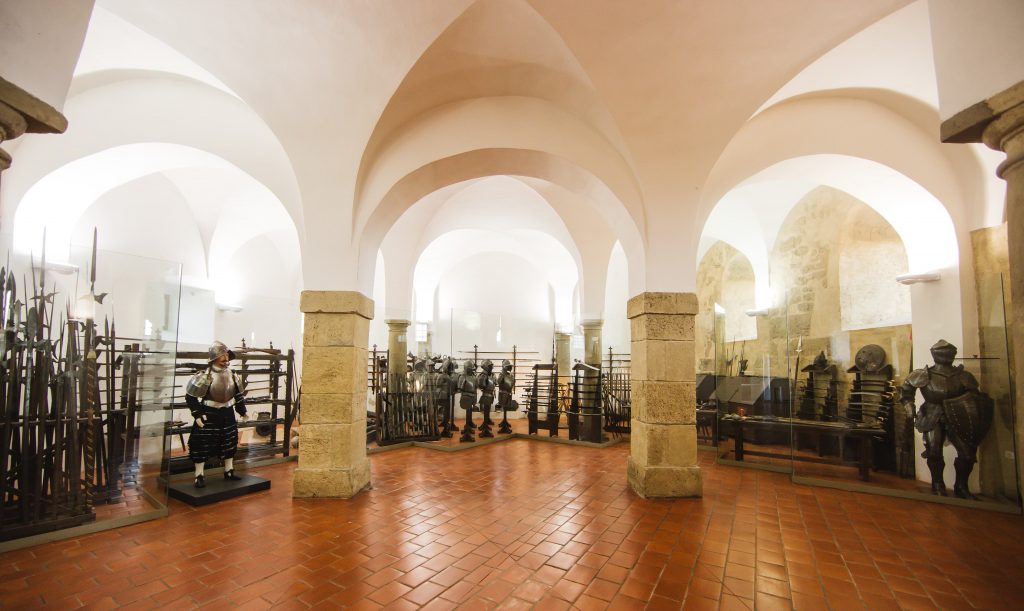 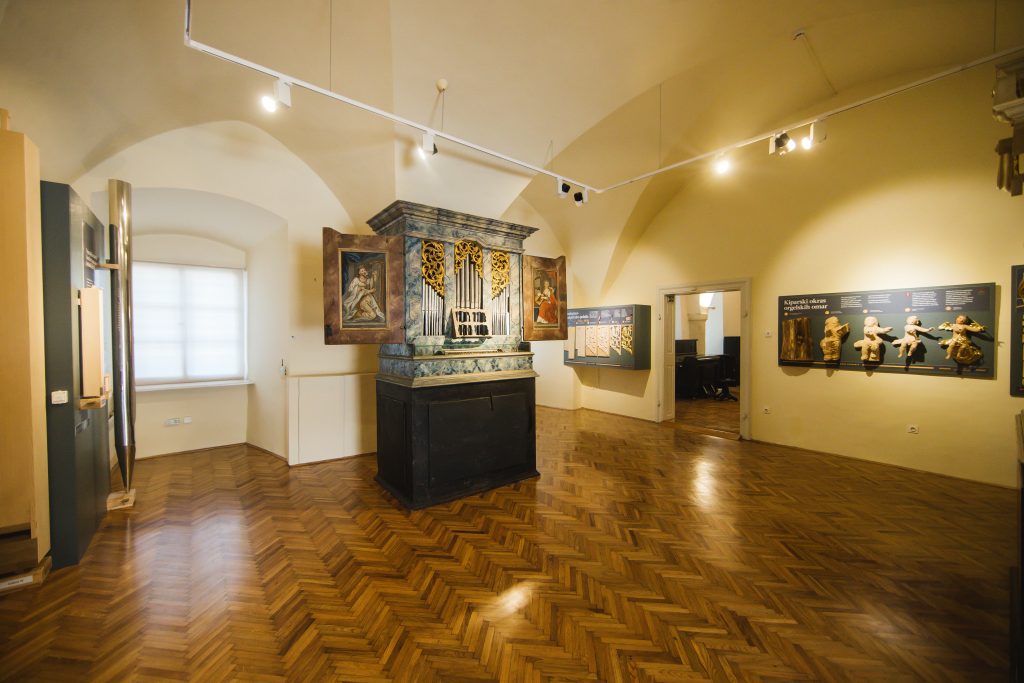 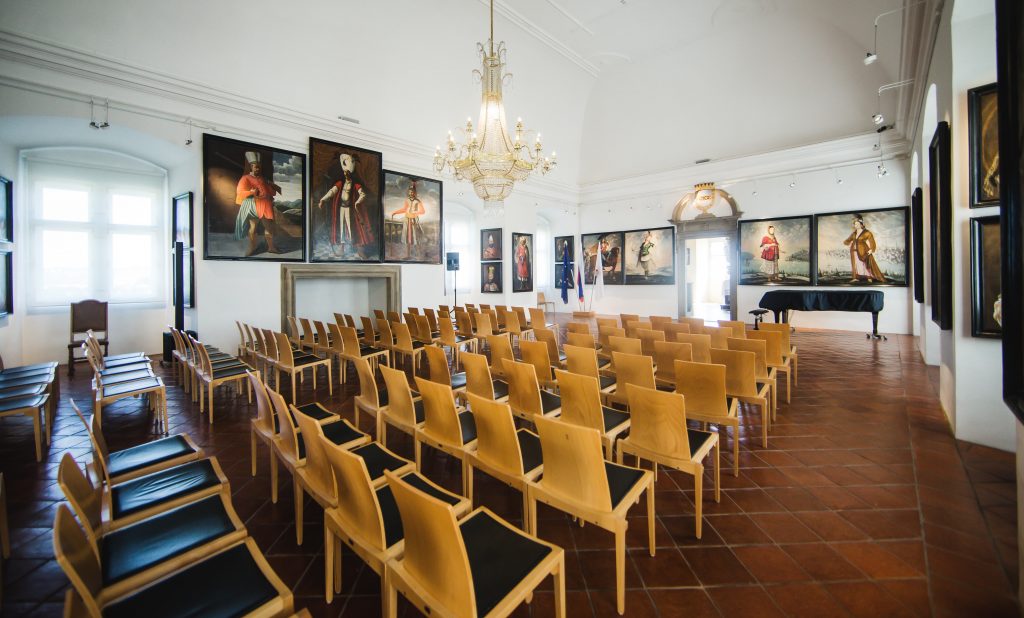 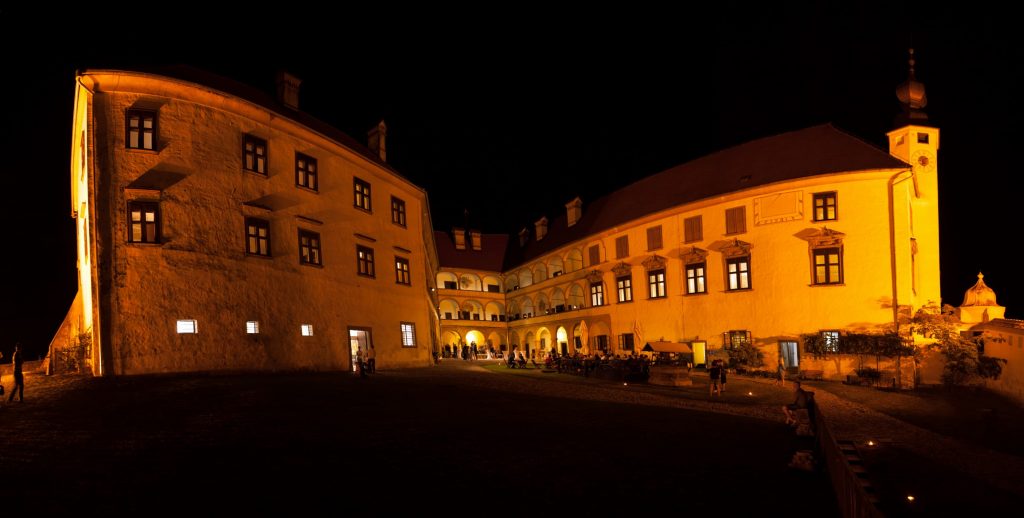