This marble monument was erected to honor the memory of Marcus Valerius Verus, who was the mayor of Poetovio (Ptuj) in the 2nd century AD. The five-meter tall monolith is still standing where it was raised by the Romans. In the middle ages the monument, ornamented with scenes from the myth of Orpheus, was used as a pillory.

the biggest tombstone in the Roman province of Pannonia

made of a single piece of marble

An antique tombstone stands almost five meters high in front of the town tower. It was the largest of its kind in the Roman provinces of Pannonia and neighboring Noricum. It most probably still stands at the site of its discovery.

The magnificent marble monument, which probably dates from the 3rd century, was most likely the tombstone of a Poetovio ruler.

The central relief depicts Orpheus grieving for Eurydice and playing the lyre, which is why the tombstone is known as the Orpheus monument. The ancient mythical singer, sitting on a stone and dressed in eastern clothes, is surrounded by wild and domestic animals listening to his music.

In the Middle Ages, the monument was used as a pillory – pranger. The monumental monolithic stele is now the symbol of the Roman-era and modern town on the Drava River. 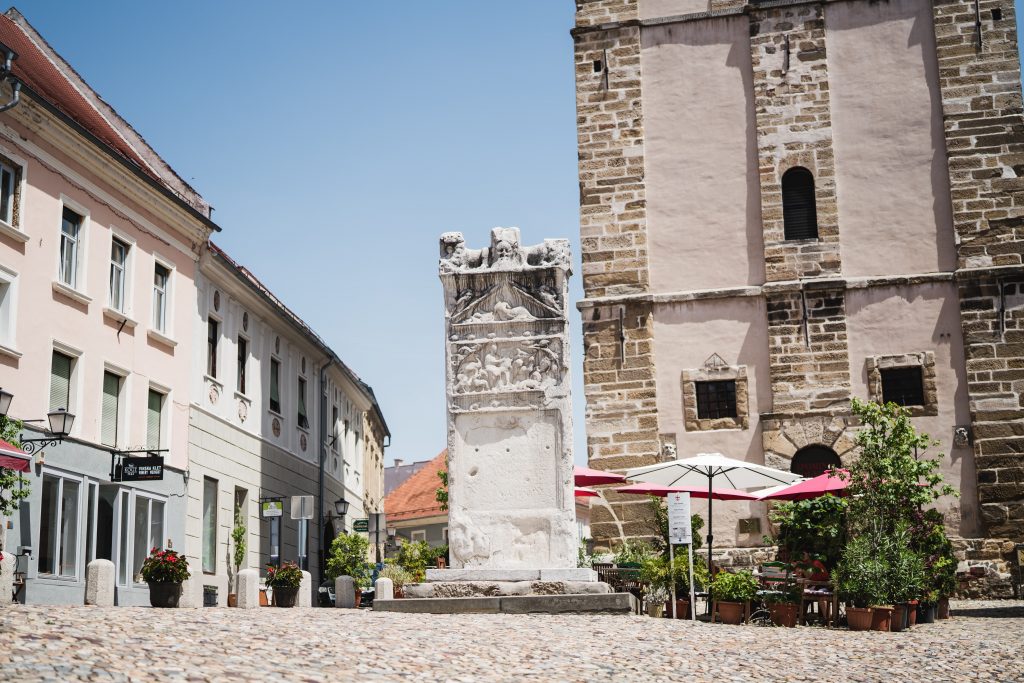 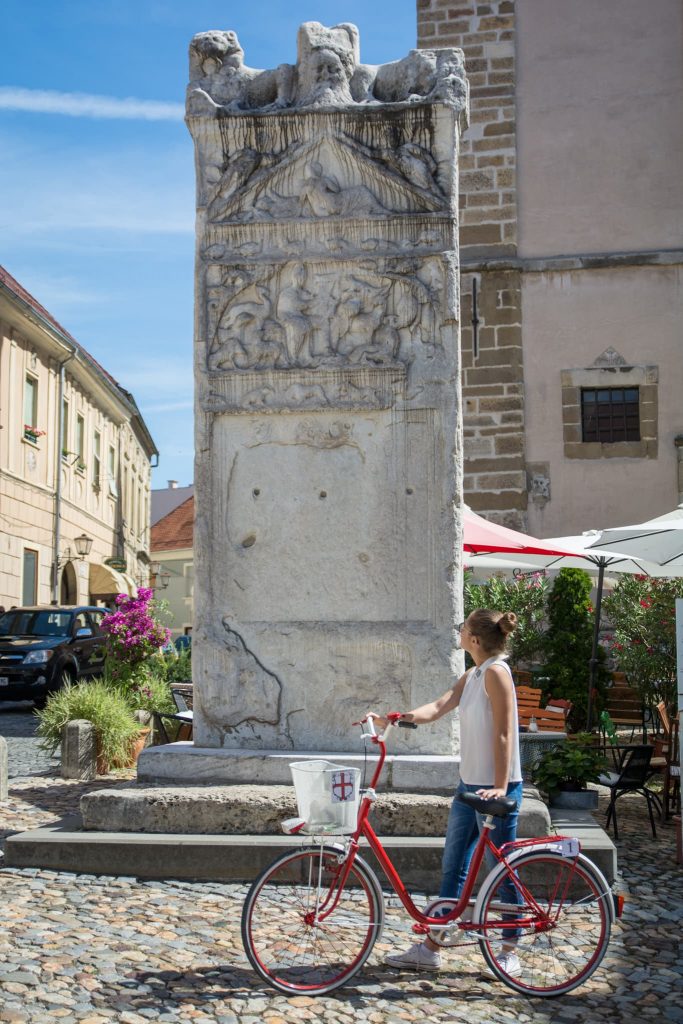 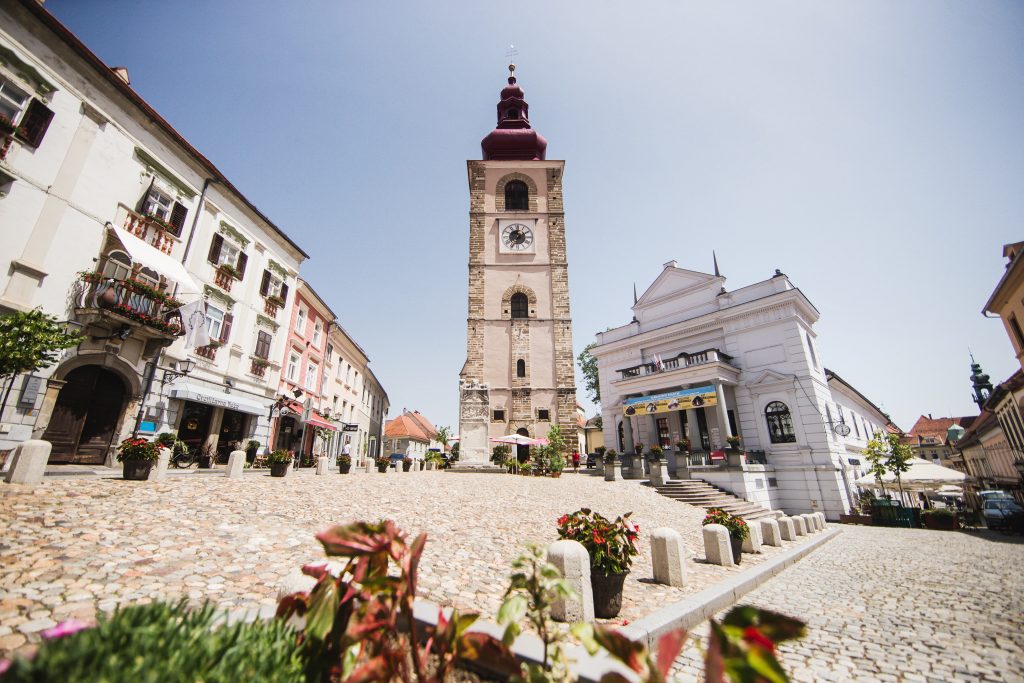 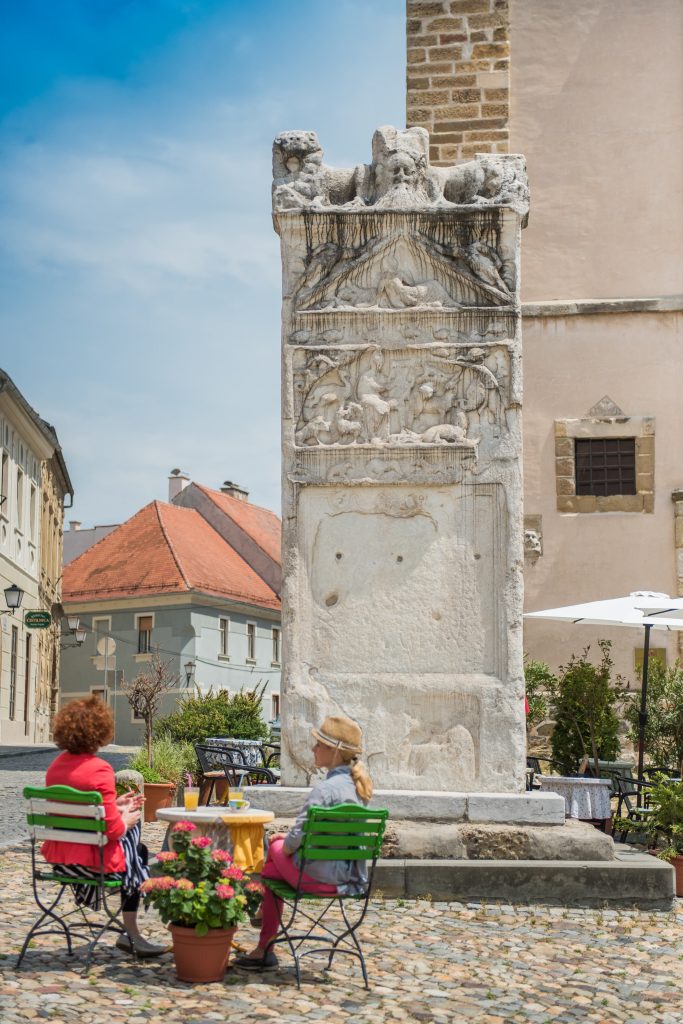